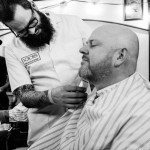 playing at same party as 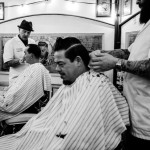 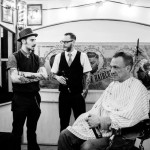 a quick Shave and a Haircut!

Since the last update we’ve been in the studio to complete the recordings for our forthcoming album. So far so good. Next month the mixing will start and when that’s done, it will be a while before the album will be out. Can’t tell exactly when, but we’re working on it.

We’ve had some fine gigs these last couple of weeks and have a lot to look forward to in the weeks that lie ahead. To name a few: next week we’ll be at the bluegrass festival in Utrecht, NL which is put on by our fiddlin’ friend and honorary Boogieman Joost van Es. For the line up, check the poster. We’ll also be performing at the Waldorfer Rock’n’Roll Weekender in Germany and at the Grevengrass Bluegrass Festival, also in Germany. So that’ll be a lotta ‘Rocking & Clogging’ in Germany, all in the same weekend! Only the Boogiemen hahaha…

On a sadder note, last week one of our absolute musical heroes and arguably the finest singer in countrymusic ever, George Jones passed away. Folks who know us, know that one of our mottos has always been ‘Wherever we play, there are at least four George Jones fans’ (coined in an interview we had with The Washington Post some 15 years ago), and we always pay tribute to the Possum every show we play. And now after his death, of course we will continue to do so.

We hope to see you folks at one of our shows, and please keep those photos and messages coming in!    (photos by Jelle Mollema at the ‘Museumnight’, Espressobar Boijmans, March 2013) 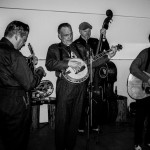 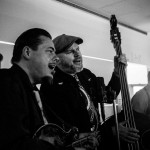 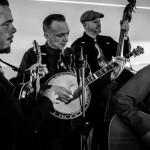 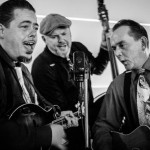