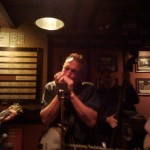 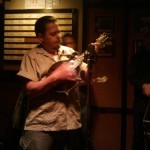 We’ve had some fun gigs over the last week and a half. Some private, and two public ones. The first of the latter was in Horst, at a great little bar called ‘Het Centrum’, where we met with some old friends, and made some new ones. We hope to be back there before too long. And I must say, ‘Duvel Triple’ beer is pretty darn good! Thanks for the pics Loes Coppus!
The other one was a show put on by our good friend and master fiddler Joost van Es (who also joined us for both sets), at de Musketon in Utrecht. He’s trying to get more attention for bluegrass and associated acoustic music by putting on bands, with a jamsession afterwards. We had a real good time and we sure hope Joost is going te get things rolling out there. Keep up the good work brother! Thanks for the pics Odette van Dort!

Another thing we’ve been keeping ourselves busy with over the last week is arranging a song in Dutch! That’s a first for us! The Excelsior Recordings label is going to put out an album featuring songs written by the famous Dutch writer Annie M.G. Schmidt, covered by wellknown Dutch artists like Spinvis, Marike Jager, Tim Knol, Henk Koorn (Hallo Venray), Dave von Raven (The Kik), JW Roy en Anne Soldaat (www.musicfrom.nl/nieuws/…). We selected one of her songs and ‘grassed it up’ to suit our style. We’ll be in the studio next week and are pretty anxious to hear what we will sound like in Dutch! We’ll keep you posted on the proceedings.

That’ll be it for now. Thanks for your messages and pictures. Keep ’em coming, we sure like the attention! 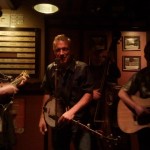 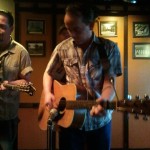 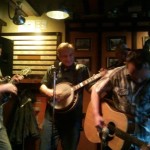 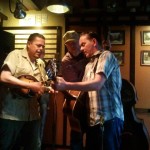