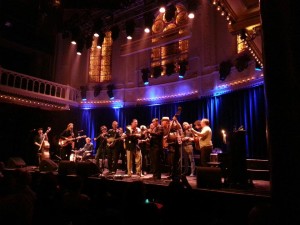 First of all, we want to wish all of you all the best for 2013, and hope to see you all somewhere down the road. We certainly closed up 2012 in a great way. We did a couple of fun gigs, most notably our performance on the tv show Top 2000 a GoGo, where we had to do bluegrass versions of popsongs. The two guests (wellknown Dutch artists) had to guess which songs we were playing. It was a great succes, and judging from the many great reactions we got, it did our name, and bluegrass music over here in general a whole lotta good (you can see the footage below). 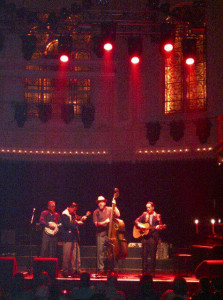 2013 couldn’t have started better. On January the 1st, we played for a Hank Williams tribute show, entitled ‘The day Hank Williams died’, at the famous Paradiso in Amsterdam. Apart from our own (bluegrass-)versions of Hank songs, we also backed up a couple of well- and lesser known Dutch artists. The place was packed and everybody we heard from, had had a wonderful night. Again, we couldn’t have started 2013 better than this way.

Then, on Saturday we were back in Amsterdam, for a gig at a club called Pacific Parc. A place we’d never played before. And what a great place it is! Great DJ’s and a wonderful athmosphere. And special thanks to our buddy Rik Krielaart for putting the word out. Very much appreciated mate! We sure hope to be back there again in the future.

And last but not least, our annual gig at one of our favorite places in the world to play; our own local hang out ‘Café de Stad’ in Utrecht. As usual, the place was packed and fun was had by all. All in all a fantastic start to what we hope will be a wonderful year for everyone! 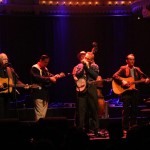 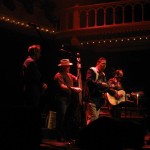 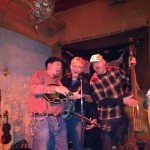 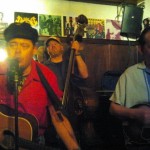 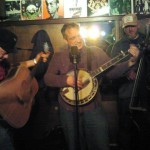 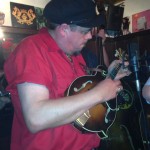